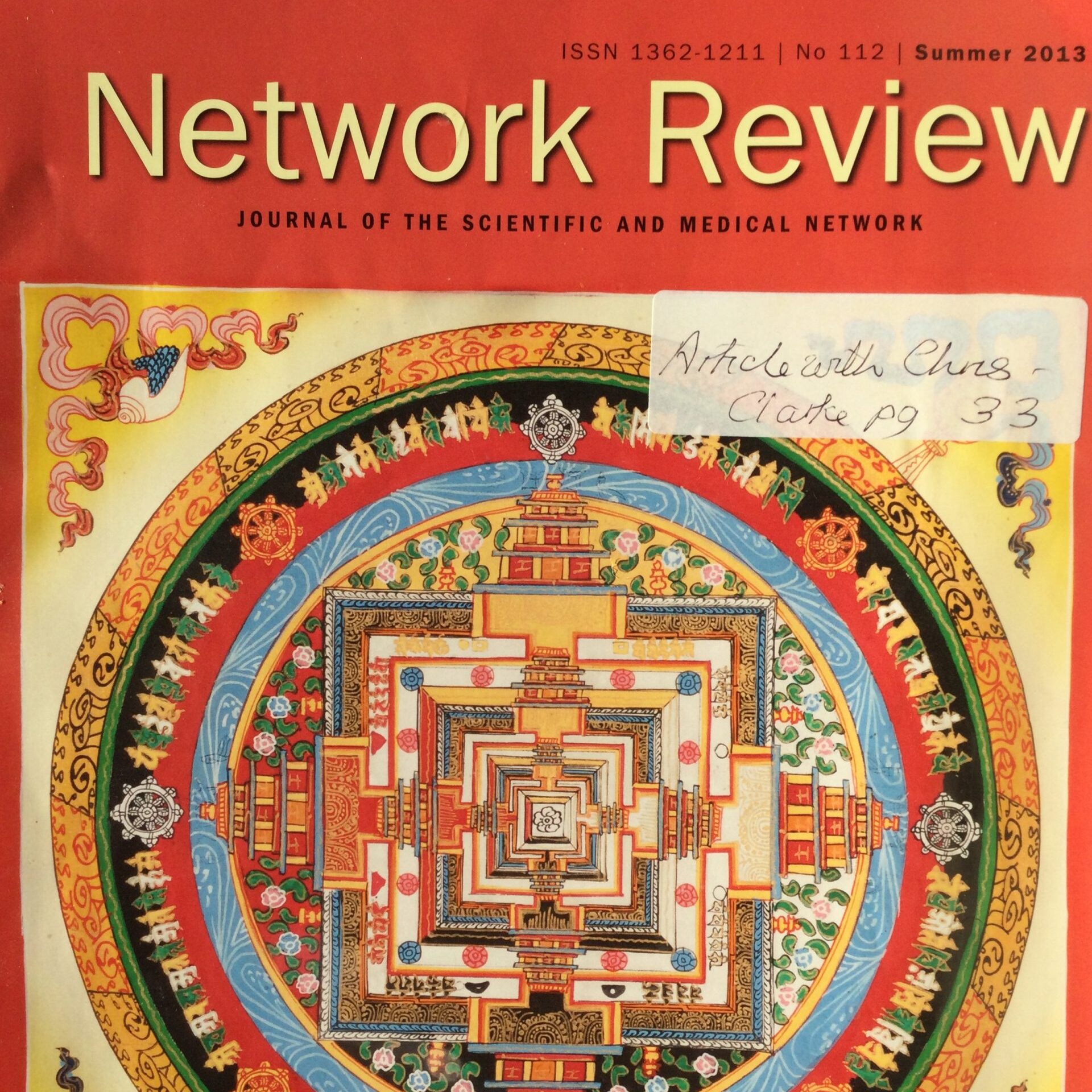 I have spent an enjoyable time walking (at a faster pace. I’m sorry to say, than was really appropriate) through the landscape of your story. Much of it was dimly familiar, and it was exciting to see it from this new vantage point. Your presentation has great clarity: that is its outstanding virtue.

But what to say about such a rich spread? I’m aware that I have only skimmed part of it – and of course, since it is about infinity, you have only captured an infinitesimal part of that landscape yourself! Here are just a few selections from my reactions.

Early on (p.17) you say that “creation is the result of the original impulse of expression from whole to duality … out of that perfection matter was created … the conscious became spit from the unconscious …”. I think this is exactly what must be. It is the teaching of all religions. It was what I was depicting in my dance to The Uncreated Eros. (Thank you for the inspiration about dance on p. 69, by the way!) In one sense this truth can never be glimpsed by science because science is necessarily rooted not only in consciousness but in the rational pole of consciousness. And yet there are intriguing symbolic echoes of this in theories where the universe creates itself by “pulling itself up by its own bootstraps”; theories where what is to be necessitates what there once was, as well as vice versa. Science also has echoes of what you write in its fascination with mathematical infinity – though this is only a sad surrogate for whole being.

In the earlier part of the opus I was enthralled by your own weaving of the infinite – of intensive infinity as distinct from extensive infinity of mathematics, which is merely, boringly, “going on for ever”. Do you know the Avatamsaka Sutra (4th century Mahayana, made famous by Francis Cook’s elaborated version of the “jewelled net of Indra”)? It is constantly reiterating different stories for this infinity. Infinity is in every leaf, in every cell of the leaf, in every … and in every world, and every universe of worlds, and … Your drawings reminded me of this sutra.

And this infinity is, as you so wonderfully depict, threaded through and generated by a fundamental duality-unity. Somewhere (I’ve lost it) you have an account of creation that reminds me of the Kabalistic story of how the world was created when Ein Sof (the unbounded) shook himself (as if with laughter and delight) and innumerable sparks flew out from this shaking. There is, as you probably know, one example in mathematics (the simplest example, but one that is also universal) that gets near to this infinity, namely the Mandelbrot set. I remember the first time I saw the video called “nothing but zooms”. It is just what its title says: a sequence of shots that zoom in closer and closer, using greater and greater magnifications, to different parts of the set. There was one shot which started off near the edge of a feature known as “the valley of the sea-horses”, zooming further and further in, traversing finer and finer sea-horses, until it seemed to be entering a completely black void. The zooming continued; more and yet more blackness.

And then in the remote distance one could see the finest thread on the end of which was a tiny dot, which as one zoomed closer, revealed itself as a “copy” of the entire Mandelbrot set. (Though of course each such
copy is subtly different, reflecting the infinite variations of numerical quality in different parts of the
set.) This was for me a big hair-tingling moment. Many of your drawings reminded me of parts of this set. The Mandelbrot set is actually a two- dimensional projection of the four-dimensional space of all Julia sets, which makes it far more wonderful. Your picture on p. 60 is typical of Julia sets. There was one point (p.42 ff) where the account failed to fit with my own thoughts, a passage of awkwardness for me. I felt that what was certainly a beautiful and meaningful story was trying to express some sort of allegory through the words “soul” and “spirit” – a feeling that probably says more about me than about you book. I associate these words with the Western triad of soul/spirit/body, though I noted that on p. 98 that you had a triad of soul/spirit/heart. Either way, I have never been able to understand what soul and spirit mean – experientially, that is: I know the theories. There is probably some lesson for me here that I am resisting!

More subtly than such verbal issues, and perhaps more importantly, what mattered at a deeper level was not the linguistically intriguing aspects of the story, but the moments when the words sunk into my heart (I’m OK with “heart”!). “Do not try to hold the joy but spin your finest thread of light (54)… take a brush that is fine enough to trace the reflection of a spider’s web.” (58) Yes, I am the weaver and I am the web. The sets, the infinity, the weaving is not out there but in here. Tat tvamasi – that art thou.

In the later part there appeared the fascinating word, becoming a preposition, “whole”. You wrote, “truth is always lost within its own expression … whole truth can never exist” (59). Yes! This brought up two memories from the past concerning friends now deceased. Frederic Parker-Rhodes wrote a beautiful book called Wholesight. And the philosopher Dorothy Emmet quoted a teacher who replied, in response to the plea “if only we knew the Will of God”, that “We can never know it: that’s the giddy joke!” In the sense of whole truth, the Will of God cannot exist, though it is always seeking its existence. You write “perfection is never complete for it ignores the duality of its own expression of imperfection.” (72 – I loved this page!)

At times I thought you were more wedded to the way of bliss, and I more to apatheia. But more basically, you emphasise the play of both light and dark, which maybe is the most important part of the whole book, indeed, of the whole world. I often feel more at home in the dark (in all senses thereof) and you reflected this with “the magical night time sounds” on p. 97. This made clear to me the way in which dark and light are inseparable. A group of us in Southampton used to sleep out overnight in the New Forest without tents, and one cloudy moonless night I walked very slowly alone through a dense wood. Because I could see nothing whatever, my other senses opened up, my feet carefully found the path, and the small beings (and bigger ones!) who turned rustling in their sleep or disturbed a leaf in their hunting were all holding and guiding me.

So what next? I offer two possibilities, both rather long shots. First, I am also in touch, from the SMN AGM with Ulrich Kramer. In his book and writings he presents a story of the origin of the universe derived from his clients in a therapeutic modality that brings them into contact with a deeper reality. There are some similarities with your picture of creation and with science, so I wondered if there might be scope for the three of us to weave a joint article for Network?

Secondly, the thought occurred to me that it could be fruitful to put your book on the Internet (or have you already done this?) It would be a significant amount of work to do it in a beautiful and appropriate manner – but it might be worth thinking about?

Thank you for sending me this document. If you need the copy to send to someone else I would of course be willing to return it.